Fenix Rally: New rally adventure in Tunisia is about to begin 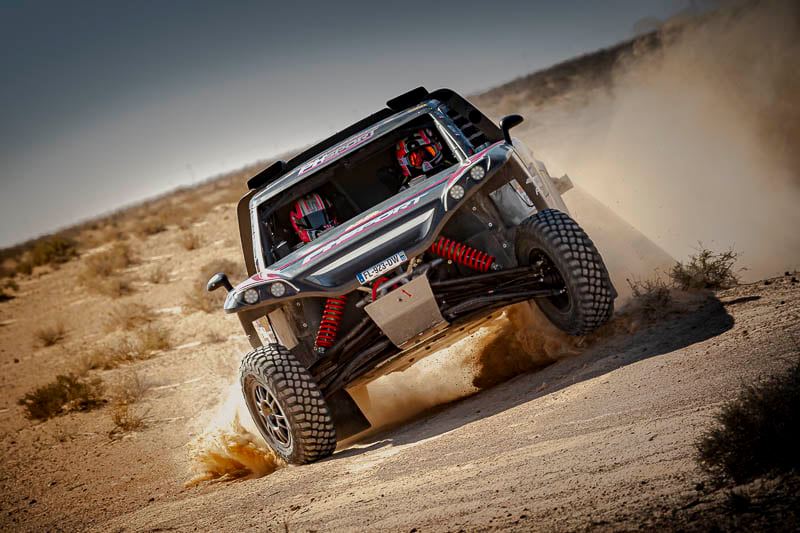 Cross-country rally in the Sahara Desert by the organizers of Rallye Breslau Poland, Baja Europe and Balkan Offroad

The long-awaited first edition of the Fenix Rally will take place from March 13th to 20th, in Tunisia. The rally, which is the latest offspring of the off-road doyenne Alexander Kovatchev is the new extensive motorsport event of the house RBI Sport along with legendary Rallye Breslau Poland, the Balkan Offroad Rallye in Bulgaria and Baja Europe.

While this is not the first rally in Africa for which Alex and his team are responsible (there are several classic rallies and off-road races in Kenya, Botswana and South Africa, where the team manages complex processes), this will be the first attempt of the Bulgarian for his own exciting cross-country rally in the Sahara. And it promises to be quite successful: nearly 170 racing vehicles of all classes are expected at the starting arch in the city of Douz, which will be the heart of the rally and the service park for the participants.

Exactly 101 machines entered in the racing category of Fenix Rally in the different rally classes – 18 motorcycles and ATVs, 36 cars and 47 SSV buggies. Among the competitors are well-known participants of Rallye Breslau and Balkan Offroad; in addition, 10 European countries, plus the host country Tunisia will have their own competitors at the start.

In the most numerous class of the SSVs, the competition will be more than fierce, and famous drivers such as Tsanko Tsankov (BGR), Richard Oguez (FRA) and Aurelia Roquesalane (FRA) who will compete for the title, will face relentless competition from dozens of other competitors.

The rally “menu” includes 6 racing days and a rally route with a total length of over 1300 km. Participants will also face a marathon stage that will take them to a Bedouin camp in the heart of the desert. Here everyone will be able to feel the true spirit of Africa and the classic feeling of desert rally marathons.

In addition, Fenix Rally offers the adventurous Discovery category, in which riders and crews of motorcycles, ATVs, SSVs and cars will be able to feel the thrill of the world of cross-country racing without being pressed by the stopwatch. Thus, a total of 61 vehicles registered in the adventure category, will drive on some of the rally tracks and will navigate with road book and GPS in unfamiliar terrain, to taste the thrill and the flair of the Sahara Desert.

The Fenix Rally has been recognized by Tunisia as an event of national priority. Therefore, the competition enjoys full support of the Tunisian Automobile Federation (FTA) and the Tunisian Motorcycle Federation (FTM) in the person of Mr. Hatem Ben Youssef, President of FTA and Mr. Mehdi Bach-Hamba, President of FTM. They are members of the organizing committee together with Mr. Jamel Debabi, Vice President of the National Automobile Club of Tunisia. In addition, partner is also the National Tourist Office of the Mediterranean country. Local authorities, including the police and the army, guarantee full support for a successful and safe rally. Additional, the organizers have made sure that the rally will be held in strict compliance with all anti-epidemic measures and will turn the Fenix Rally into a Covid-free zone with organizing a sanitary bubble in the city of Douz, options for transportation with charter flight and strict applying of a sanitary protocol, approved by the authorities.

Under the motto “New event, same high class standards”, each participant in the Fenix Rally can count on the well-known professionalism of Alex Kovatchev and the international Orga team, as we have seen in Breslau Poland and Balkan Offroad. There will be a qualified team of medics with 4×4 cars, plus rescue helicopter and medical points on the route. Direct satellite tracking system will be available, as well as experienced marshals during the whole event.